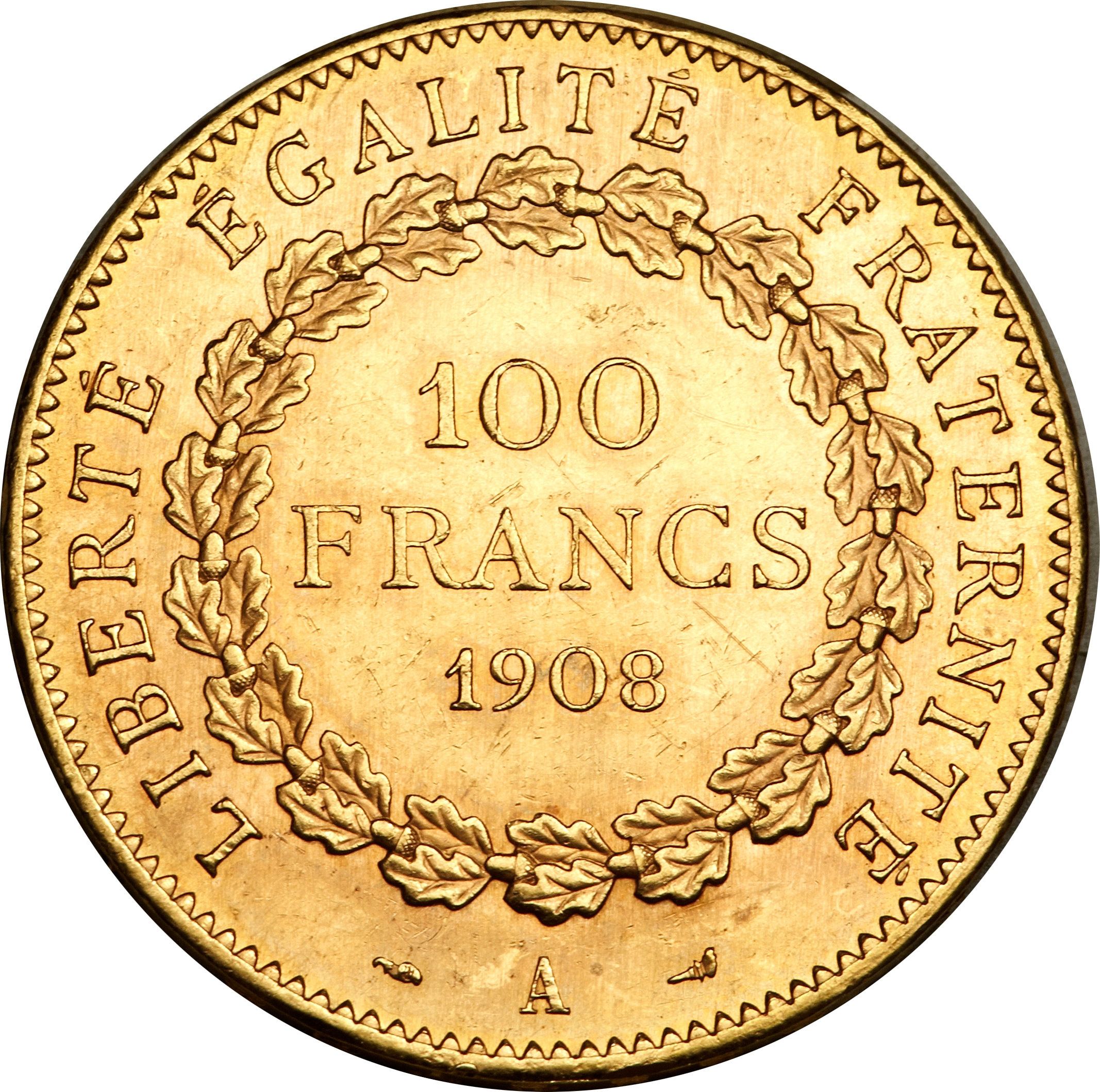 The gold coins of France, also known as French Francs, were revived during the French Revolution in 1795 by the French government.
Several years later, in 1854, the historic gold coin of 10 Francs was cut. Then, there was the 20 Franc coin in 1855, and a few years later, in 1861, the currency of 100 Francs.
The gold coin of 10 and 20 Francs, also known as ”Napoleon coin”, depicts the bust of Napoleon Bonaparte.
The back is adorned with the laurel wreath that was the ultimate symbol of power, as well as the phrase “Empire Français”, i.e. the French Empire.
The gold coins of France are quite rare, which gives an even greater significance to their value.
By selling gold coins to ORAGOLD, you can make a profit by getting instant payment. Contact us, and book an appointment today. You may also fill out our online form for an estimate, before contacting us.