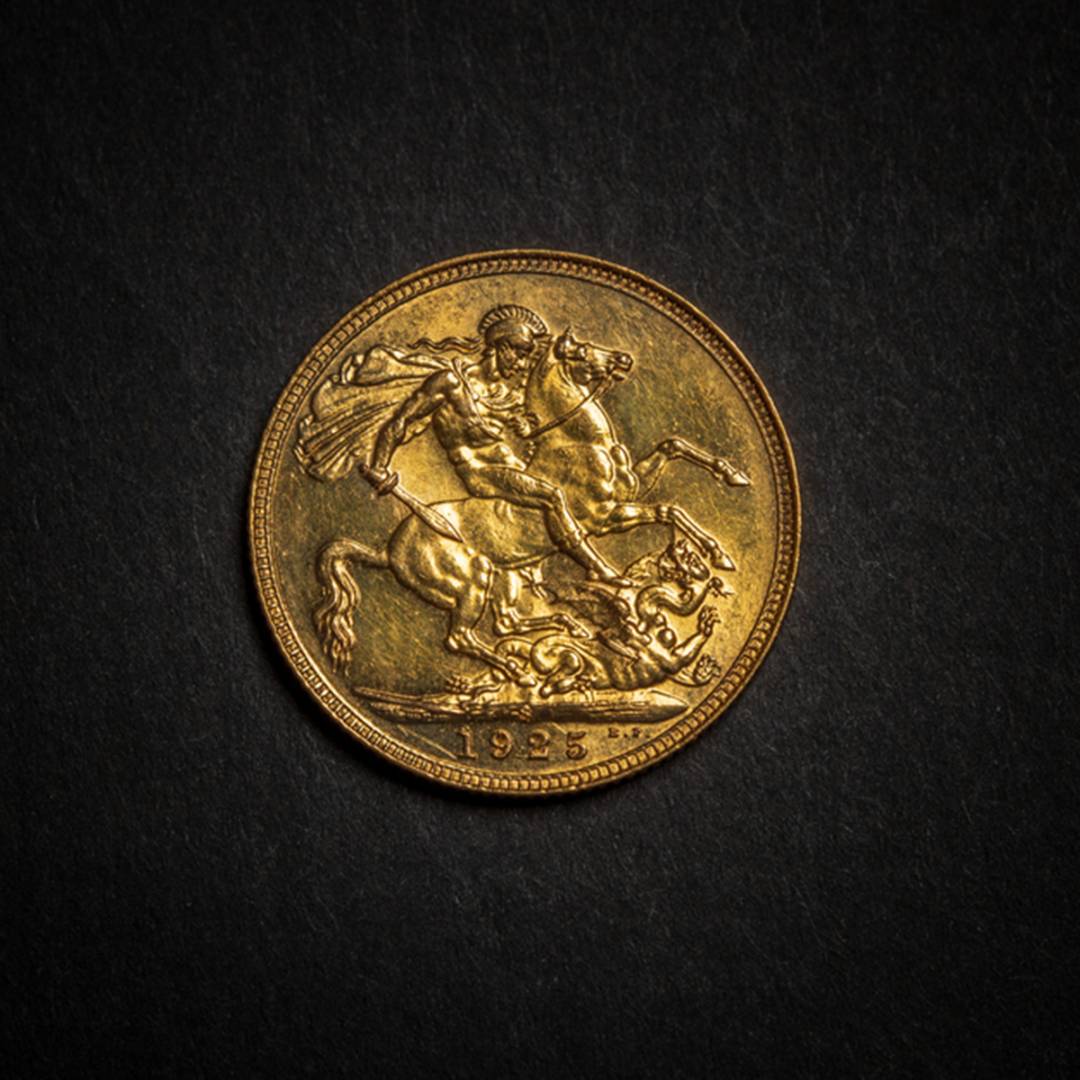 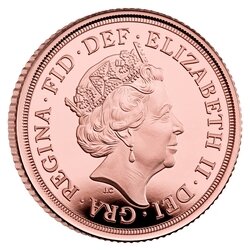 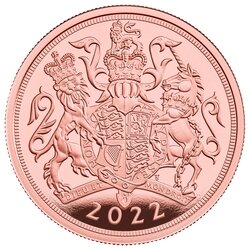 The Gold Sovereign is a significant investment as it has maintained its high value for many centuries.

Since it was first produced in 1489, the Gold Sovereign has contributed majorly to the development of the international economy, especially in difficult and unstable times. It has kept its lustre and investment glamour over the centuries and to this day has a particularly high commercial value.

Buying and selling a gold Sovereign is one of the most commercial activities as its value remains consistently high. Gold Sovereign transactions benefit both sellers and buyers.

At Oragold we treat every transaction with extreme care, respect and professionalism. Whether you want to buy an authentic Gold Sovereign or sell some gold coin that you already own, you can be sure of the security of the transaction and getting the best possible price.

We value British gold Sovereigns for free and buy them instantly without time-consuming procedures but always with legitimacy and transparency.

In addition, we sell authentic British gold Sovereigns at competitive prices and with immediate pickup from our stores.

The key features for valuing Gold Sovereigns are the following:

Each official Gold Sovereign has certain specifications. On its front side, the current king of England is depicted, and on the back side, Saint George appears on a horse at the moment when he kills the dragon. In some rare cases the back side depicts the Royal Coat of Arms of the United Kingdom.

The dimensions of the Gold Sovereign are very specific and concern a criterion for their evaluation and differentiation from any counterfeits. Specifically, the weight of each gold pound is 7.99 grams, the diameter is 22 mm, the thickness is 1.52 mm and the carats are 22.

The pure gold contained in each Gold Sovereign is 7.32 grams or 0.235 ounces.

Each Gold Sovereign is valued by ORAGOLD’ s experts with absolute precision and professionalism. The purchase price is determined after taking the following factors into consideration:

If the coin has dents or if its features have been altered, then it is considered to be defective in appearance and the price is adjusted accordingly. However, if it has not been altered and its characteristics remain unchanged, then it will be valued at its maximum value.

The weight of the Gold Sovereign varies from 7.94 g to 8 g. This variation is considered normal and does not affect the price. However, if it weighs less than 7.39 g, it is considered underweight.

The date and mintage

The date of minting, which is written on the Gold Sovereign, and the number of coins released (mintage) by the specific mint affect the price of the coin. Some pounds that are considered rarer (e.g. minted in a limited number) have a higher value and attract more interest from collectors.

The production of the pounds started from the London mint and continued at the same time in other branches of the Commonwealth such as Australia, Canada, South Africa and India with each of the above carrying its own distinctive symbol.The S indicates that the coin was struck in Sydney, M in Melbourne, P in Perth, SA in South Africa, I in India, C in Canada, etc. It is worth noting that the Gold Sovereigns produced in London are unmarked. 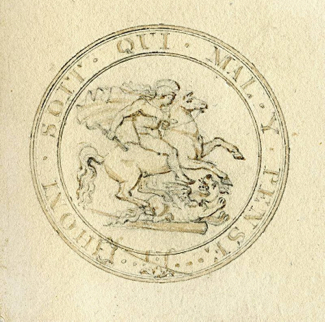 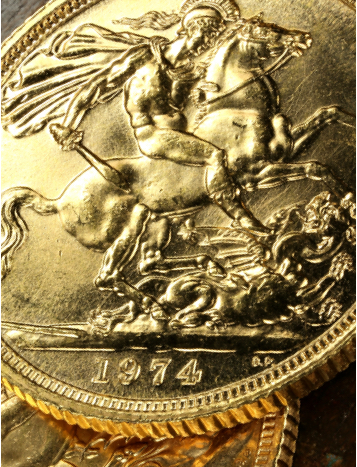 Each genuine pound is distinguished by its detailed and impressive design. The engravings on the gold are carried out with precision and give a truly flawless result. Great engravers-creators create the designs on the Gold Sovereigns. William Wyon (1795 - 1851), Benedetto Pistrucci (1783 - 1855) and Thomas Brock (1847 - 1922) have created some of the most vivid and detailed engravings. All genuine Sovereigns bear the initials of their makers on the obverse, usually on the neck of the king or queen.

George III was the King of the United Kingdom and Ireland until his death in 1820. In 1817 he commissioned the Italian engraver Benedetto Pistrucci to design the new Gold Sovereign of England. Pistrucci created the reverse of the coin with St George and the dragon, a design that is still used up to this day.

George IV was the son and heir of George III and had already taken an active role in the palace before his father's death. On his Sovereign the crown on his head has been removed.

Victoria is the second longest-serving monarch of the United Kingdom. She assumed the role of queen at a very young age and three versions of the Gold Sovereign have been issued depicting her as a young queen, later as a middle-aged woman and finally as a mature woman.

Edward VII was the son of Queen Victoria and Prince Albert. Only one version of the English Gold Sovereign depicting him was released.

George V faced difficult and serious situations during his reign as the First World War broke out in 1914. However, the production of English Gold Sovereigns continued at all Commonwealth mints.

Queen Elizabeth ascended the throne in 1952 after the death of her father, King George VI. She was the longest-reigning British monarch and five different versions of the Gold Sovereign featuring her have been issued. The latest, created by engraver Jody Clark, is expected to be the last. 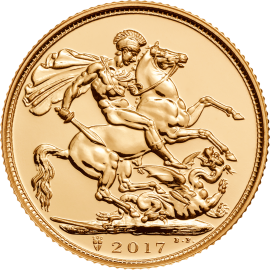 Are you interested in buying some kind of pound?

Are you buying rare Gold Sovereigns?

We do buy rare Gold Sovereigns, but due to the fact that there are too many counterfeits, an appraisal will need to be done in one of our stores.

Can I buy Gold Sovereigns?

How will I receive my money and what documents should I have with me?

Payment can be made in cash or bank transfer and the document you will need to have is your ID or passport.

Fill out the estimate form and we will contact you as soon as possible to appraise the coin you are interested in.