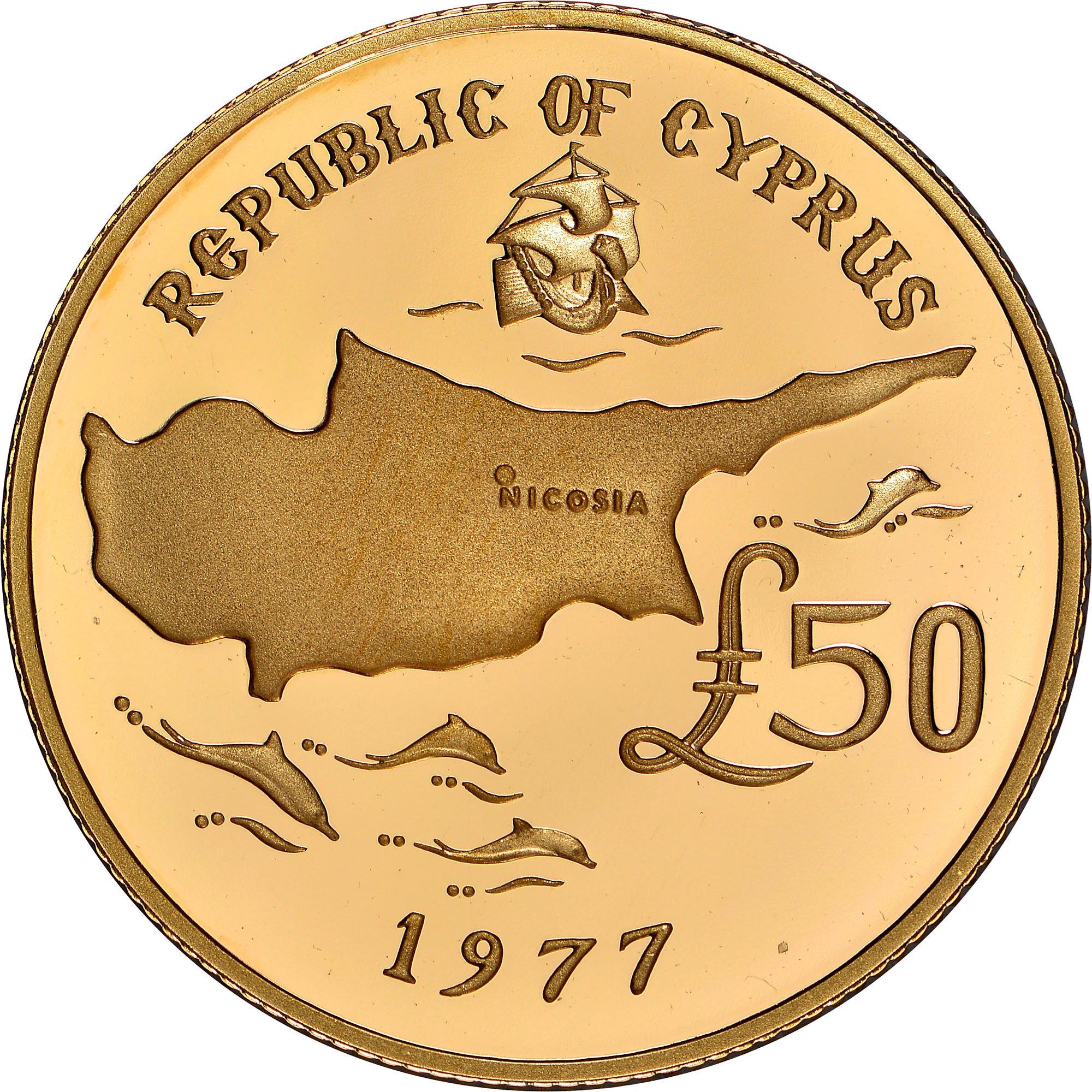 The Cypriot gold coins fall into two categories: they can either be gold Pounds or gold Euro, and they are emblematic and extremely valuable.
The Makarios gold Pound was cut in 1966 by the Republic of Cyprus and the number of coins was limited.
They are coins whose value exceeds the equivalent and equal to weight British gold Pound. The Makarios gold Pound can be found in various versions:
On a coin of 1, 5, 20, etc. pounds. Hence, the weight and purity depends on the type.
The Pound was the official currency of Cyprus, until the country joined the European Union in January 1, 2008. With its accession to the European Union, the issue of Euro gold coins began.
A gold commemorative Euro coin was created by the Republic of Cyprus in 2010, depicting a tree with its twigs embracing a dove, symbolizing the desire for peaceful coexistence.
In 2013 a gold collective Euro was created by the Central Bank of Cyprus, depicting a young woman holding an olive branch with fruit, symbolizing hope.
An old coin forgotten in your drawer can be an opportunity to quickly and easily receive a significant amount of money, as the fair value of gold coins remains unchanged through time.
In ORAGOLD you can make a profit by receiving instant payment.
Take advantage of your Cypriot gold coins and contact us today, to find out their actual value.

20 Gold Euro 50th Anniversary of the Republic of Cyprus

20 Gold Euro 50th Anniversary of the Central Bank of Cyprus